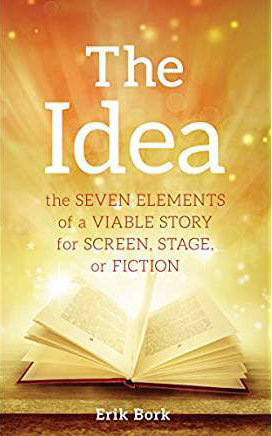 To be successful, any new story has to be built around an idea, or concept that makes it new and exciting. A school for wizards is an idea or concept, but it’s not a story premise. A story premise needs both a character (for example, Harry Potter) and  a central conflict or problem that drives the story along (for example, overcoming Lord Voldemort who wants to subjugate all wizards and muggles).

Often this premise can be expressed as a one sentence  log line about a type of character, the central story conflict they face, and the consequences if they fail. And Hollywood is rife with stories about movie moguls who have either accepted or rejected a movie simply on the strength of their log lines.

So how do you find these magical ideas and premises? It’s not easy. Since publishing my first three novels I’ve been working on the plans for my fourth. To date I have developed two different  outlines as potential stories, but I am having difficulty is choosing which is the better story. So when I came across Erik Bork’s The Idea I thought I would give it a whirl.

Firstly, Bork doesn’t distinguish from ideas that are just ideas and those that are story premises. To him an idea is synonymous with the story premise — it has to be about a big problem. And that problem should be big enough to take the weight of the whole story to resolve it. There are many other potential problems that writers might think of but which do not measure up to the task. The test is does it really matter to the main character and if it doesn’t, it won’t matter to the reader or audience.

Bork dissects and analyses each of these attributes and provides a summary checklist for each of them that is both detailed and helpful.

There are many books out there on screenwriting and story telling that look at the importance of  a workable story premise or log line.  But what I like about Bork’s work is that he brings a more detailed perspective that is both useable and practicable in assessing the viability of a story premise.

Was the book useful in resolving my own dilema as to which story to choose? Yes, I think it was helpful to a degree. But it is important to remember a story premise is just the starting point for a story. To see if the story works you still have to flesh out some of the detail in a plan or outline, at least that’s the way I way I do it.